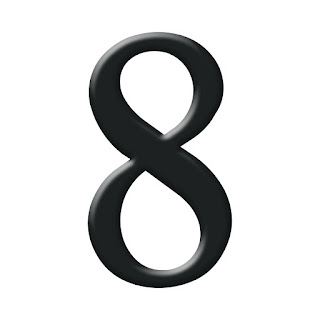 So, I've just started a small series of pat about my thoughts and hopes for 8th edition, the main rule bookend also the various codices that I is or base my forces off of. Only, GW have gone and thrown a spanner in the works some what by releasing information about 8th. Now this is great, tjeres now other way to look at the fact that GW are really engaging with the community, even if I'm not to sure on the parts of the community there conversing with. Don't get me wrong, there great organizations but they seem to be fairly limited in scope, LVO, Nova and Adepticon all being from the otherside of the pond and two are major tournaments.

Anyway, lets look at what has been said.

3 Ways to Play
The General’s Handbook has been one of the most popular rules supplements we’ve ever released. Who’d have thought letting people choose how they wanted to play their games and giving them a clear way to do that would be so popular…? It’s pretty clear from talking to a number of event organisers, that Warhammer 40,000 would benefit from the same approach. So we’ll soon be introducing the same 3 ways to play – open, narrative and matched play – to the 41st Millennium.

So really, not much will change. We currently have unbound (open) and bound (matched) but narrative is still not 'new', as the maelstrom missions have elements of this and there have been numerous book in the past that have had similar things in, alter of war missions and planet strike are two that spring to mind. All in all, I don't think this will effect me much, although I can see me playing narrative games more than most.


Army Selection
One of the things that comes up a lot is the idea that people should be rewarded for taking thematic armies. It’s a sentiment we agree with and so we’re looking at introducing Command points. A mechanism to reward players who structure their army like their in-world counterparts, with rerolls and cool army specific rules throughout the game.

Great! Really like this, it finally does away with the silly allies shenanigans. A 'pure' army usually finds itself at a disadvantage, but hopefully this will change all that and reward proper armies. I don't want this to do away with allies all together, as running a guard and marine army is still sensible and true to fluff, the same can be said for things like tyranid and gene cult or chaos and daemons, but elder, Tau and marines or Tau and necrons? No, not fluffy and as such should be penalized. How this works in detail is going to be the real issue, to powerful and it will be silly, not powerful enough and its pointless.

Movement
We think the Move value should come back. No more default unit types. Every model should have cool bespoke rules. Not only would that be more fun, but it’ll mean you will only need to learn the rules for your models.

I remember this for when I first played WH40k way back in the old days. It makes sense, eldar and DE are faster than a man but probably not as fast as many nids. It will mean that the movement phase becomes another very tactical phase, as both your movement and enemy movement need to be accounted for but it will also make things more difficult, as everything will have a different movement stat. Now for guard and probably most of the imperial stuff, it went make much difference, but for the likes of nids and possibly ork's and the various eldar lots, it could make things quite complicated. After all I genestealer is going to move a lot quicker than a warrior or a tervigon.

Shooting
Armour save modifiers. This topic comes up almost as often as Sisters of Battle… so we’re going to bring them back. Every weapon will have its place in your army and better represent how you imagine them working in your head.

No this is also interesting, as I have often thought that the ap system, why good, lacks something. I like the more stepped nature of modifiers, but it all depends upon how its implemented. An ork and a guardsman have the same save in many respects, but getting hit by a bolster round should have different consequences. An ork will or should be able to shrug it off a lot better than guardsman, who will probably be spread all over the floor. At the moment it is the toughness value used to wound that keeps these things in check, but with a modified armour save system, will this still work as well or will it dissapear and we'll loose a step to the shooting? It will be interesting to see how this works, but it has been done in past editions, so its not a step in to the unknown as such.

Combat Phase
Charging units should fight first. It’s just more thematic. So we’re hoping to work this out as well. It will reward tactically outmaneuvering your opponent. You can dictate the combats rather than being entirely Initiative based. You control who swings first.

Now this is also interesting, but for a very different reason. I'm less sure about, as there are so many unanswered questions. Yes, the charging units should get a boost in combat, you charge a unit in to an unsuspecting enemy you get an advantage, but some armies are quicker than others. Eldar and DE are quick lithe warriors, but orks and to some extent guardsmen are not, so just because you charge an ork in to a unit of howling banshees doesn't mean you should automatically get to strike first, in to a group of guard, yes, but banshees or wyches, no. So finding a happy medium will be difficult I think. Nick over on the burning eye has suggested a +3I, which could work well and would in many respects solve many of the issues above.

Morale
Its no longer all or nothing, and it affects everyone. We’re thinking of replacing break tests with a simple mechanic. Roll a D6, add that to the number of models your unit has lost this turn, subtract your Leadership and take that many additional casualties.

The final point and the only one that is slightly worrying for me. Now, I know this is a carry over from AoS and that it works quite well there, but I can't help but feel slightly worried by the change. Its irrational I know and is based purely in the fact that's its a unknown element to me. I suppose that with a low leadership value, usually 7 or 8, I've only to take 1 or 2 wounds in combat and I'm loosing more models. That's go g to whittle down my blob squads quickly, a lot quicker than normal. Then there is fearless (priests) and stubborn (commissars) to think about. How will they work? Stubborn will have to change, as it would currently have no effect under the new system, but what will it change to? If it changes thinks to a fixed higher ld value, how would this work with blob squads? If it changes the roll some how, how would that work? The questions are similar with fearless, or will that stay the same and you just pass and don't take any additional wounds? Also how would ATSKNF work? Reroll maybe? As I said, I think it is all the unknowns that are causing me to worry, so it will be good to get answers for this when the time comes (along with a new starter box!).

I'm going to continue with the series, mostly as I've written them all already! (I got on a role one night and just kept going!) Hopefully they will still make sense and won't be invalidated by the time they get published. Which reminds me, there is a copy of Codex: Imperial Agents sitting in a cupboard, waiting for my birthday to come around, I just hope its still valid by then!
Posted by Steve at 12:00:00