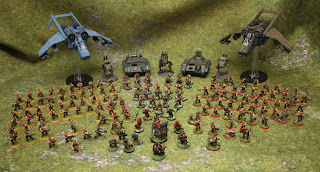 So here it is at last, the whole of the Hjaltland Light Infantry in all its glory, all 2400(ish) points. I say "ish" points as I calculated it at 2387 points but then discovered that I had some units down with the wrong weapons and had mixed a couple of units up between armies but it should be somewhere around the 2400 point mark. There are still a few bits that need doing to really finish it off, such as properly basing the flyers and sentinels plus rebuilding the wyverns to make them more accurately sized to the real versions. I will do this, hopefully this summer, when I can get outside with the spray varnish and properly varnish the models.
Now, the pictures are a little out of sync, mostly because blogger is annoying and I get fed up of trying to get them in the order I wanted without just deleting the whole lot and starting again. The next couple of posts are a lot better as I changed how I imported the pictures in the beginning. 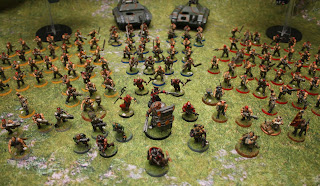 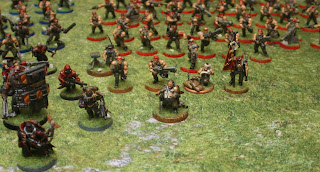 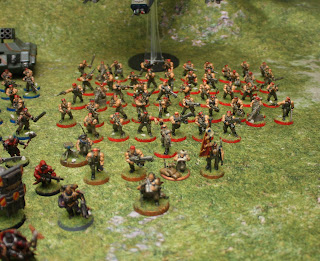 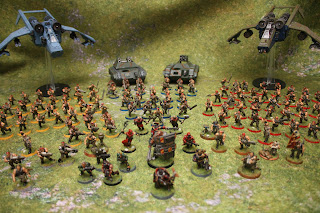 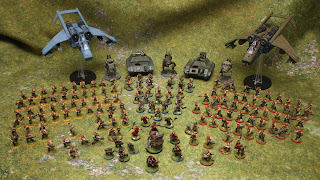 Overview
So there you have it, the Hjaltland Light Infantry in all its glory, ready to fight and die for the Emperor, which is about all they will be doing at the moment! Roll on the new codex!
Next up the Hrossey Yeomanry.
Posted by Steve at 12:00:00