Right, this will be the last lot of terrain for a while, I promise. I still have all the MDF buildings to spray and I'm hopeful I can get them done over the summer months when I can spray in the garage without freezing to death, although the new garage door should help with that, when it's fitted that is. 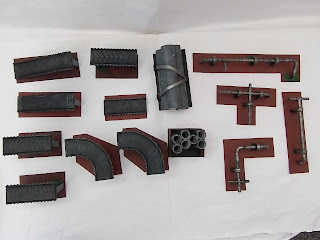 Anyway, here are the new terrain. First up the loading system. This is using bits from the Mantic Terrain Crate I got a while ago but modifying the prices with some plasticard and tubing. The original set had the top sections sitting on sections of the large pipes, so I had to build some sort of support structure. I have tried a few things over the years I had this set but none have worked out how I wanted. This however I think works rather well. The solid sections of in the middle work as line of sight blocking terrain and hid even the tallest primaris models. 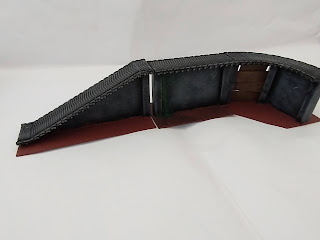 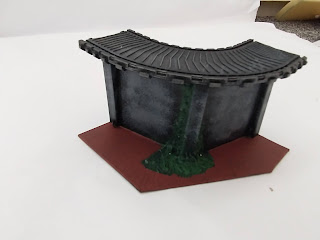 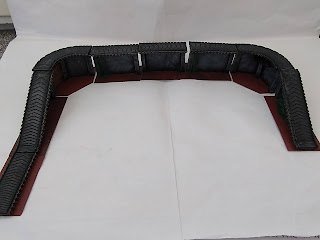 I tried to make them look like concrete blocks, sort of like the precast slabs that you get, with support columns at each end. There is one section that is supposed to look like a wood plank repair section and there is the green mould\gunge\ooze or whatever it is. This is there to add some extra colour to the otherwise dark prices but also to his some truly epic gaps in the construction. Some of the panels were not well fitted at all, a sign of both my inability to scratch build and also my haste when building these things. Overall though I think these look really effective.

Next up are some more pipes, just little ones this time. These are not really much use in terms of game terrain but are something else to add to the table to take up some of the open ground to make it look less open. Very basic in construction but a nice little addition to the terrain pool. 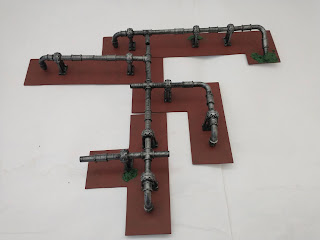 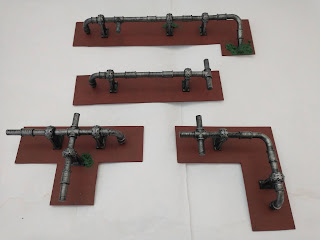 Lastly here are some pipe storage rack type things. These were built to add some addition container sized terrain features, that when placed with the two containers can form a large blocking price in the centre of the board. Simply made from some plumbing pipe I had spare and a few bits of plasticard left over from the other builds, painted to look like concrete pipe. Oh and there is the small pipe rack as well, again just bashed together with left over pipe and plasticard. 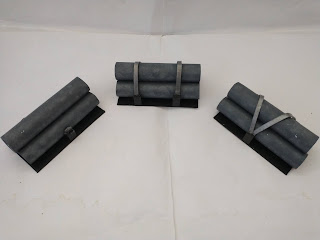 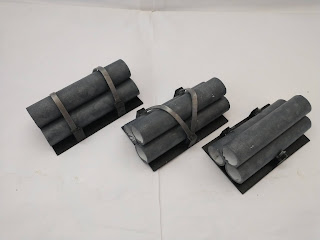 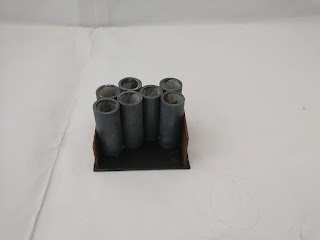 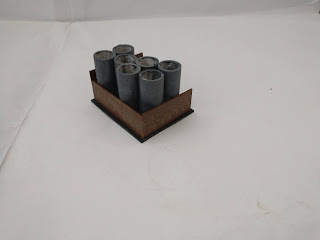 I still haven't found the rest of the crates and also some of the other bits from the Terrain Crate, which I had completely forgotten about until I looked back at the previous post from when I bought the terrain crate. I really have no idea where some of these pieces have disappeared to, hopefully I'll come across them at some point, so I can add them to the collection.