It's been a while since I painted up some of my kill teams, but I've decided that I need to crack on with getting them painted. Part of the reason there has been a bit of a brea, has been due to the releases of the bespoke kill teams for various factions, that have meant that I have needed to rejig many of the teams. A few just needed reworking, such as chaos, sisters and AdMech but a couple were also added, such as 10k son's and GSC, albeit via proxies. I'm still waiting for some, namely Deathwatch, grey Knights, Tyranids and scions to get a bespoke team, as well as a number of bespoke marine teams, such as the new vanguard one we have seen released recently. One of those marine teams I expect to get a more bespoke team is Scouts, which I hope I can bash together using the models here. 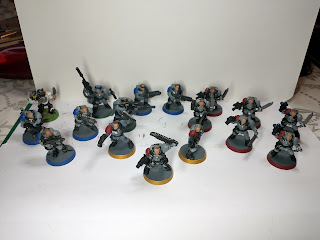 The complete force, split in to combat (red), ranged (blue) and support (green), with sergeants (gold) to the front. 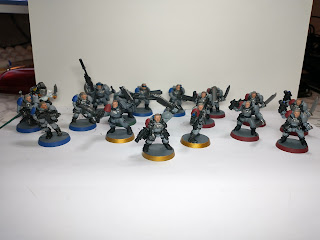 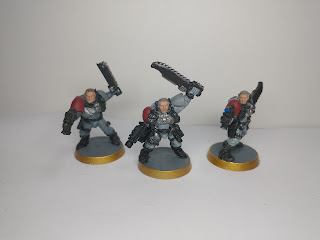 The three sergeants with their chain swords, which for kill team can only be fielded individually but if I take these guys in big 40k I will need at least 2 of them. 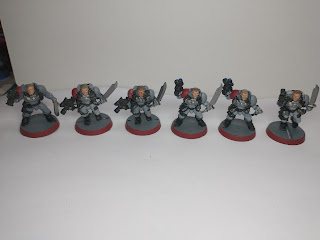 The combat scouts, with their bolt pistols and combat bladed, well 5 of them do, one seems to have misplaced his blade, maybe in the chest of an Ork or Tyranid? 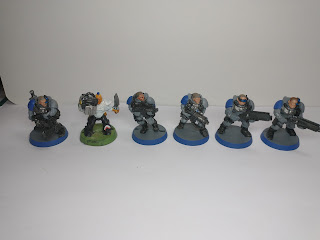 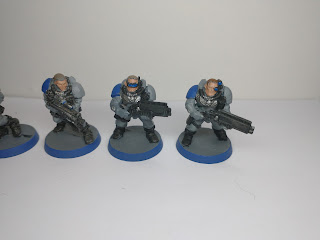 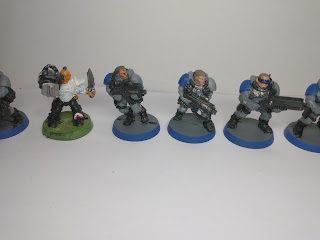 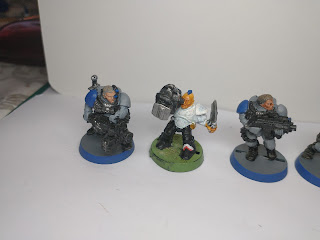 Heavy bolters
You may not have noticed, it is very subtle, but one of the heavy bolters is an older model painted slightly differently. This is a model my son picked up many, many years and I have decided to just leave it as it was, with a few touch ups here and there, such as redoing the hair do! Nothing quite says sneaky sneaky like a bright blue mohawk. 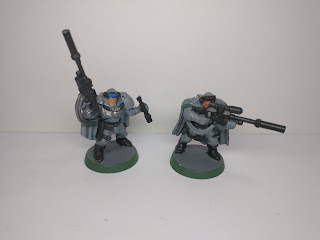 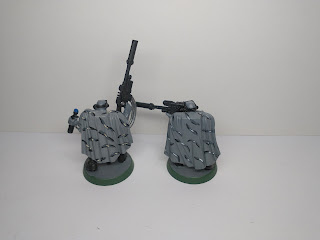 So there you have it, the scouts. Hopefully when we do get a scout specific kill team (assuming we actually do, that is) these will be used to.form that squad. For 40k games they will be split in to squads, one based around the snipers and heavy bolters and one based around the combat scouts with a third possibly made up of the left overs, as with 17 models, I can easily field three 5-man squads. They might not be optimal but what in my armies is!