The great painting spree continues and I'm on to the second force, which is still part of the same overall force and the scions but forms the other side of the army, I am of course talking about the Hildasay PDF. There are not many models in this force, just 18 models, as the rest have already been painted up. This force includes the two company commanders, a command squad, a grenade special weapons squad (which my be expanded to a full vet squad at some point) and a bare bones infantry squad. These guys are here to act as screen and counter attack units for anything that gets to close to all the heavy weapons teams, which form the other part of the PDF force. 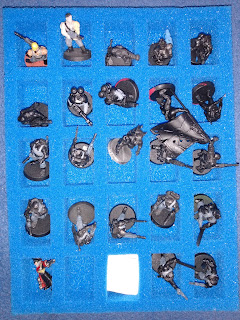 The tray of primed models. The model top left is my reference models.
While I had some of the paints out, I made a start on a couple of characters, a commissar to keep everyone inline and a priest to add some extra punch if needed. 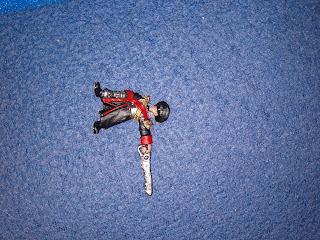 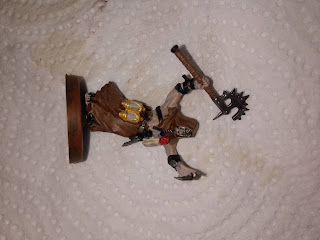