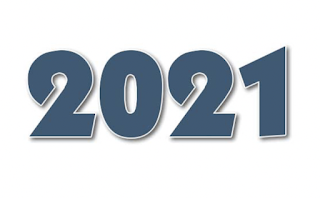 Another year has gone by and it's time to take stock of the years hobby progress, or more specifically the resolutions I set this time last year. Most years I have struggled to meet the majority of my resolutions, so we'll see how we get on this year;

So, first point and first failure. With the changes to kill team this year, most of my teams have had some.major reshuffles and while the Deathwatch got off lightly, they were still impacted. I will try and get these finished this year, once I have finished all my other 40k marine forces. I still intend to get these up to a high(ish) standard, hopefully I can follow through with that bit as well.

Smashed this one! Most of the MDF terrain is primed and painted with texture paint, there are just 2 buildings left to do. These are primed, I just haven't got around to taping up the windows and stuff before spraying with the stone chip paint. I have also done a load of scatter terrain for kill team plus containers. The only things I haven't done are the plant scatter terrain. I have the MDF sheets and I did cut some test templates out and painted them but haven't stuck any of the plants on yet.

Again, no. I haven't even touched these guys, as again, there have been a lot of changes to the team. I will hopefully get these painted up this year but they have dropped in priority.

Yet more kill team and yet more broken resolutions. Again, these might get some painting this year but they are low on the list still.

5) prime and one colour base coat primaries marines

Done, done and done! Not only have they all been primed and based but three of the armies have been fully painted, another is half painted and still currently on the paint table.

Done as well. These were done right at the beginning of the year. While they do need a dip in the quick shade still, I am counting these as done. The force will be expanded when when the new guard codex comes out, as I will adding a whole bunch of conscripts to the force.

7) get as much of the Hrossey Yeomanry primed and base coated as possible.

These are primed, based and finished! I have completed the whole army now, all the tanks and other vehicles have been painted up along side all the troops. I don't think that this force will be added to very much, so it is now fully painted and complete.

While I haven't done much with these guys, but I have figured out the colour scheme, which means that they have had more attention that all the other kill teams combined. I plan on painting these guys up this year, even if the team is technically no playable as I'm a warrior short still.

So all of these are now finished. All painted up, including some addition models that we got during the year. I don't think that there will be any more additions to the force for a while as these are my son's army and he is more interested in Star Wars at the moment.

In addition to all these resolutions, I have also finished off all of the Hjaltland Light Infantry that I had, which wasn't much but it's all done. I have also started to paint up my Blood Angels successors, with over 500 points painted. In addition to all of this I have built all of the new Kill Team Octarius DKoK, although these are not painted yet as I'm waiting for the individual DKoK boxset to be released to finish the team. So all told, I think this has been a very successful year, mostly I would say due to several weeks in bed at the beginning of the year, thanks to a broken leg. I have managed to achieve 5 out of the 9 tasks I set myself, which compared to previous years is pretty good! I would hope that I could continue this momentum in to next year but I suspect that I would be able to sustain the same level of progress. Next up my plans for the year ahead and this year's resolutions.

Email ThisBlogThis!Share to TwitterShare to FacebookShare to Pinterest
Labels: Resolutions